4 Types Of Solutions For Abnormal Vibration Of Thickeners 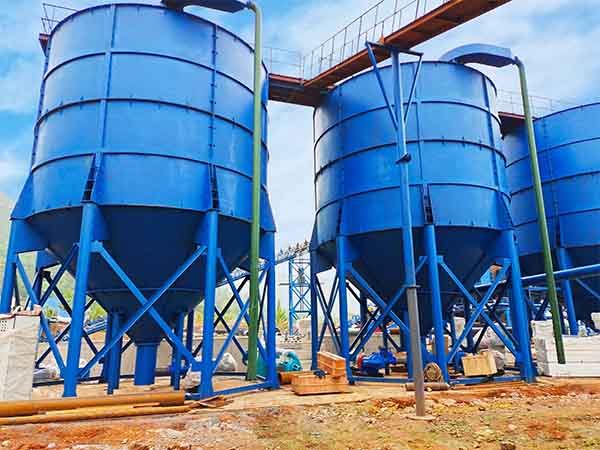 The deviation of the verticality of the central column of the thickener will directly lead to the inability of the thickener rake to run horizontally and evenly. After the central column is inclined, the rake frame is inclined as a whole. In the process of rotation, it is in a state of high and low, and it is easy to produce abnormal noise and vibration of the thickener. This type of vertical deviation can also cause uneven stress on the thickener drive gear. Long-term operation in this condition is prone to abnormal noise, and the problem of damage to the drive gear may also occur.

The problem of abnormal vibration is solved by adjusting the angle between the thickener drive device and the connecting part of the central column to eliminate the horizontal deviation.

3. Drives out of sync

The thickener generally realizes its rotary drive through 2-4 drive heads. And each drive head works independently to provide power for the rotation of the thickener. When the drive head enters an abnormal working state, it will lead to the insufficient driving force for the operation of the equipment, or the drive will be blocked, or the transmission gear of a drive head will fail and be forced to drag, causing the thickener to vibrate.

Disassemble the thickener drive device, and conduct mechanical and electrical inspections on multiple drive heads to determine whether the equipment drive devices work synchronously. Then repair and correct the problem drive head to solve the asynchronous problem.

If the thickener lacks regular maintenance and lubrication, equipment gears or bearings can be damaged by uneven forces. The faulty part will produce obvious vibration and abnormal noise during the operation. If not dealt with in time, it may cause the abnormal shutdown of the equipment and the failure of the thickener pressing the rake.

Directly repair the abnormal sound part and remove the fault.