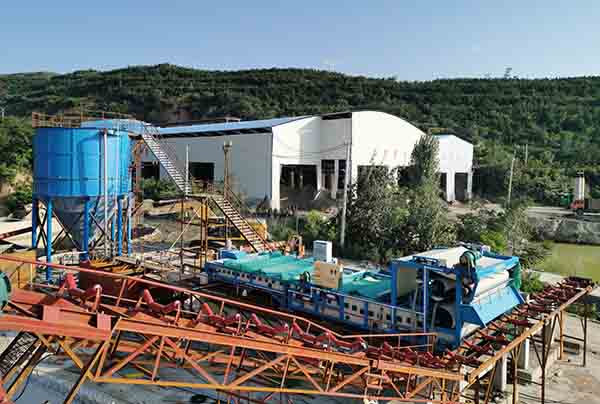 The use of flocculants will affect the size and unity of the final group. Therefore, the mixing speed and the amount of medicament added must be determined according to the slurry concentration and particle size during use. Before the slurry is fed, the contained gas must be exhausted and fed directly into the sedimentary layer. Ensuring the thickness of the sedimentary layer is an important measure to improve concentration efficiency. In the processing plant, the surface of the concentrated material will contain a certain collector, which is easily adsorbed on the surface of the tiny bubbles and floats up therewith and seriously affects the quality of the overflow. Therefore, the degassing of the slurry is very important for the concentration operation. In addition, the main function of the sedimentary layer is to filter out the solid particles of the slurry, and sufficient thickness is the prerequisite to ensure the effective separation of the solid particles.

The new deep cone structure of the LZZG thickener greatly strengthens the flocculation effect of the flocculant on solid particles. The newly established flocculant addition system also increases the particle size of the settled solid particles, thereby accelerating the settling speed. Compared with traditional thickeners, this thickener is more efficient. The unit processing capacity is increased by 2-3 times, and the energy consumption is saved by 30%, which can effectively treat all kinds of sludge, wastewater and waste residue.

Previous：How Much Is A 300t/hour Gravel Production Line?