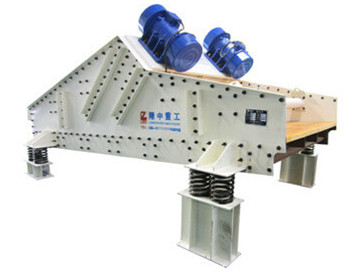 The operation of dividing the mixed materials of different particle sizes into various particle sizes with a perforated screen is called sieving. The machine or device used for screening is called vibrating screen.

Screening for the purpose of removing slime. In order to reduce the pollution of high-ash fine sludge to the clean coal, the coal preparation plant strengthens water jet washing to remove part of the fine sludge during the dehydration process on the screen. This operation is called desliming and screening. In a heavy-medium coal preparation plant, in order to reduce the pollution of coal slime to the media system, desliming and screening are also used before the coal enters the heavy-medium separator.

Screening for the purpose of recovering slime is used for dewatering of slime and tailings in coal preparation plants.