Our Location  |  Contact Us
Location: Home » NEWS » What issues need to be considered when using the wheel sand washing machine

What are the problems in the working process of wheel washing machine? 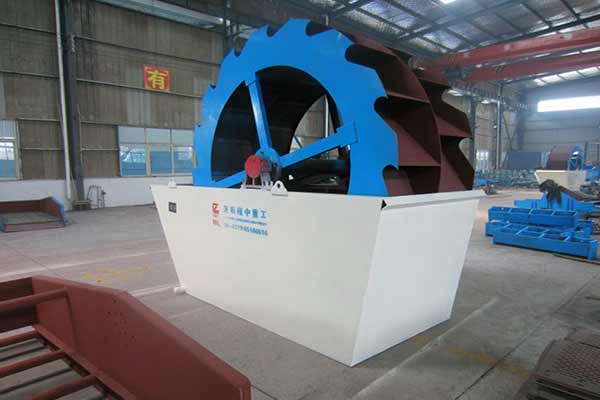 Bucket wheel sand washing machine is mainly used for in gravel pits, mining, building materials, transportation, chemical industry, water conservancy and hydropower, concrete mixing stations and other industries in the material preparation work. Wheel sand washing machine can be divided into two types: spiral sand washing and wheel sand washing machine. It can remove impurities on the surface of the sand covered and destroy coated sand moisture layer, in order to facilitate the dehydration to efficient sand washing cleaning action. The choice must be taken into account at least in the following aspects:
1, such as natural stone, we must consider the balance between the production and distribution of the relationship, as far as possible to achieve a suitable gradation, waste material at least.
2, after the aggregate concrete mixed with concrete, must pass all kinds of transport links. Separation of stone materials during transportation is difficult to avoid. Should be done though some separation, but does not affect the quality of the concrete, resulting in less dense quality than it is to have a certain ability to resist separation.
3, the largest particle size selection, must consider the adaptability of the site construction equipment. For example 0.4m mixing machine, only suitable mixing two graded concrete 0.8 m mixer is only adapted to the mixing of three graded concrete and 1.5m above the mixer can mix the maximum particle diameter of 1.5mm four graded concrete. And as the different particle size of coarse material have different requirements on the vibrator. The large stone, in addition to outside prison greatly stimulated the corresponding perturbation force.
4, must be considered in the condition of no damage to work and save the cement, to achieve a large degree of density of the grading.

Previous：How much water should be used to clean sand with the washing equipment?

Next：What to pay attention to when operating the cone crusher