Our Location  |  Contact Us
Location: Home » NEWS » Why Is The Thickener Muddy Water Not Completely Separated?

Why Is The Thickener Muddy Water Not Completely Separated?

Thickeners play an important role in solid-liquid separation. The thickener cannot perform solid-liquid separation well, and when the overflow is turbid, the staff needs to use scientific-technical means and methods to analyze and eliminate the fault. Generally, when the amount of flocculant used in the thickener is small, the phenomenon of running out will occur. In addition, the phenomenon of excessive water or small amount of lime can also cause this phenomenon. 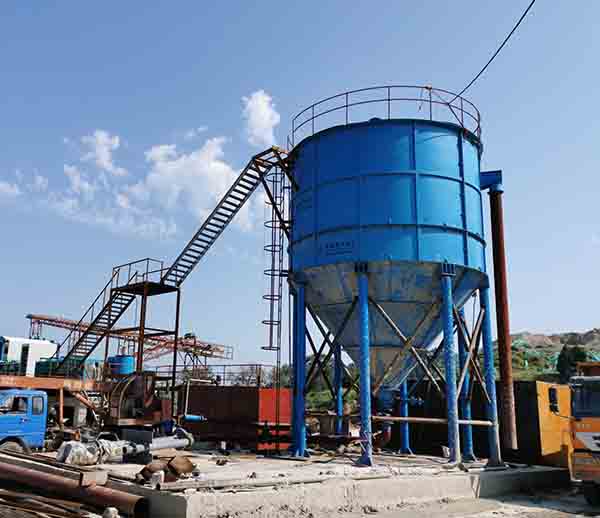 Reasons for incomplete separation of thickener

1. The underflow pump of the thickener is blocked and the underflow cannot be delivered normally

Solution: The blocked pipeline should be dealt with immediately or the spare pump should be replaced.

2. The feed concentration of the thickener is too high, and the sedimentation effect is not good

Solution: The flocculant addition failure should be dealt with immediately.

4. When the machine is turned on, the lower rake will agitate the bottom mud layer too fast, causing fine particles to float up, and the material liquid becomes muddy.

Solution: It should be produced normally to ensure the feed concentration and the amount of flocculant. The floating solid suspended matter is difficult to settle again, so pay attention to the lowering speed when starting the machine next time to avoid excessively fast lowering speed.

1. The feeding fineness should be strictly controlled to ensure the stability of the feeding amount and the stable operation of the thickener.

3. Avoid the increase of the concentration in the thickener caused by blind operation. First determine the reason for running muddy. Increase the amount of flocculant when the whole thickener is muddy. The flocculant can keep the solid particles in suspension, but can’t play the role of coagulation.

Previous：Warmly Congratulate The Establishment of LZZG Guangdong and Hunan Branch