Belt conveyor has fixed and mobile type, which is suitable for conveying loose materials and finished articles in horizontal and oblique directions, and can also be used for flow lines for certain process operations. The utility model has the advantages of simple structure, stable and reliable work, strong adaptability, large capacity, low power consumption and wide application. 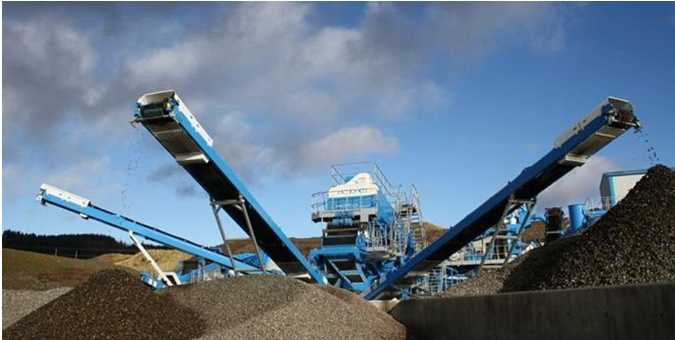 The belt conveyor is composed of drums (drive device) at both ends and a closed conveyor belt tightly sleeved thereon; the conveyor belt supported by the upper and lower rollers as a carrier member and a traction member forms a closed loop around the head and tail rollers; The driving device tensions the conveyor belt, and the middle frame and the idler roller constitute a conveyor belt as a traction and bearing member, and the friction driving drives the continuous conveying of the scattered material or the finished product; the conveyor belt can move, and the pulling force transmitted to the driving roller is performed. To overcome the various resistances it receives during exercise; this tension is generated by the conveyor belt pressing against the surface of the drive roller with sufficient pressure, so that the frictional force of the tape with the roller transmits the circumferential force of the drive roller to Caused by tape. 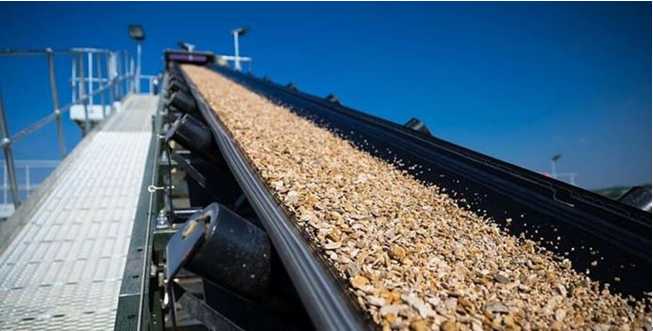 The belt of belt conveyor can be a load-bearing device or a traction device; the conveyor belt is a component that is relatively easy to be worn by the belt conveyor. During the working process of belt conveyor, various loads of different sizes and characteristics are usually applied to the conveyor belt. Therefore, the conveyor belt is in a complex state of stress; the most common erosion of the conveyor belt is: when interacting with the structural elements of the rock and the underframe. Friction and wear of the working surface layer and the edge; when interacting with the large ore rock, the impact damage of the tape is in contact with the drive roller and the idler, the fatigue loss of the canvas layer; by the surrounding medium (water vapor, heat, air, etc.) The general aging and strength characteristics of the tape deteriorate after application。