The impurity removal methods of potassium feldspar mainly include magnetic separation, flotation, acid leaching process, and combined process. Specifically, the appropriate impurity removal process should be selected according to the occurrence state of the impurity minerals and the particle size of the cloth. Potash feldspar often coexists with other impurity minerals. In particular, a small number of impurities such as iron and titanium elements affect its quality and application, so it needs to be treated with impurity removal. 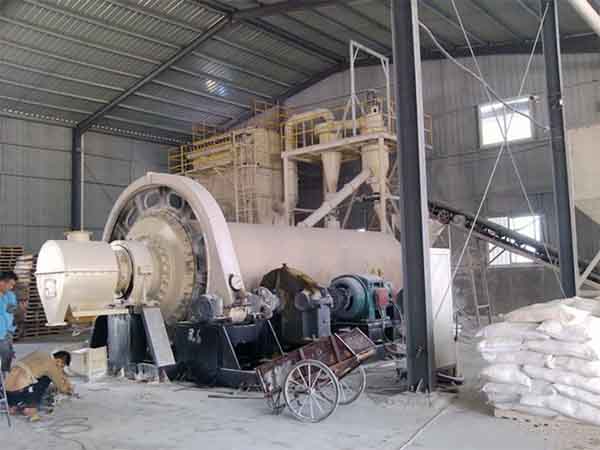 When the iron-containing impurities in potash feldspar are pyrite, mica, or in the form of iron-containing alkali metal silicate minerals such as tourmaline and hornblende, the flotation method is often used to remove the impurities. The conditions for removing potassium feldspar impurities by flotation are as follows:

Weakly acidic flotation has less reagent consumption than weakly alkaline flotation, and the output of potash feldspar is high, and the flotation effect is better. When grinding ore, try to prevent insufficient kinetic energy of particles caused by over-grinding, which makes the target mineral difficult to float.

Previous：How to Improve The Sedimentation Effect of The Thickener？

Next：How Much Is A 300t/hour Gravel Production Line?