High efficiency thickener is mainly used for solid-liquid separation processes such as liquid concentration and wastewater treatment. The increased height-to-diameter ratio of the high-efficiency thickener allows the fine-grained pulp to stay longer in the machine. The application of high-molecular flocculant strengthens the coagulation effect of the pulp, thereby producing clearer overflow water and thicker underflow. 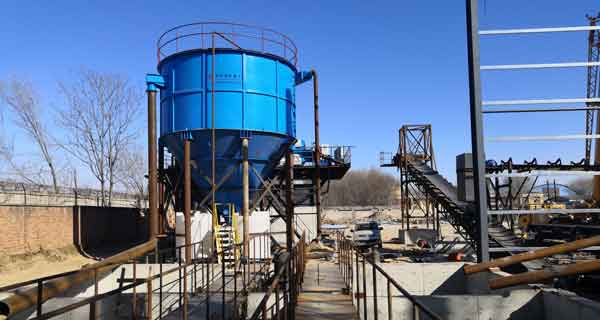 The transmission structure of the tank and rake frame of the high-efficiency thickener is roughly the same as that of the ordinary thickener. The high concentration efficiency is mainly due to the special feeding barrel. There are three main types of high-efficiency thickeners commonly used abroad: Einco-BSP type, Dorr-Oliver type, Enviro-Cldar type. The feeding drum is divided into three vertical mechanical mixing chambers, which are concentric with the central vertical axis of the thickener. The ore slurry enters the mixing chamber through the feeding pipe, and after being fully mixed with the flocculant, it is directly fed to the middle and upper part of the sedimentation layer through the feeding pipe radially distributed in the lower part of the mixing chamber. After the liquid is filtered by the sand layer, it rises to overflow, and the flocs stay in the sand layer and enter the underflow. 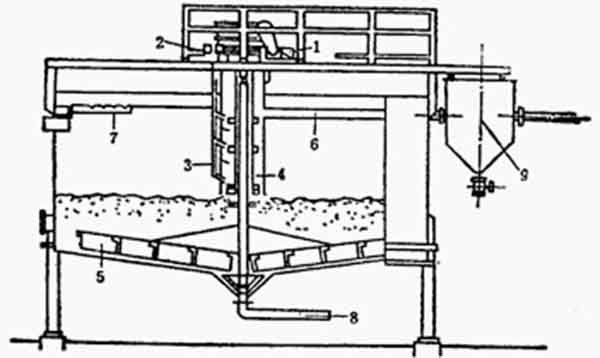