Our Location  |  Contact Us
Location: Home » NEWS » What are the components of tailing dewatering system?

What are the components of tailing dewatering system? 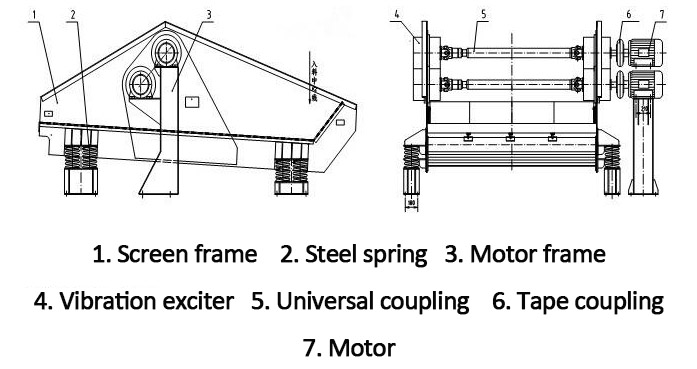 (2) Screen panels are adopted polyurethane elastic plate. The screen hole is determined according to the specific requirements of users, and the screen surface size is common.

(3) The screen surface fixing device adopts the method of fixing the middle rail seat type sieve surface at both ends. This fixing method is commonly used for importing the vibrating screen, and is suitable for the screen surface of polyurethane edging. Because the polyurethane is elastic, the convex portion of screen surface is embedded in the concave portion of rail seat through extrusion. The rail seat is coupled to the upper longitudinal beam of lower beam by bolts. The method is reliable and easy to disassemble. 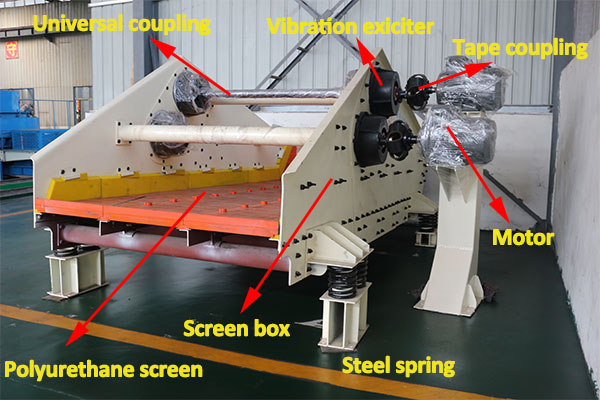 The tape coupling acts as a vibration isolator for the motor, which is consists of two coupling halves and a tape that is joined to the tape by a pressure plate and bolts.

The tailing dewater system is connected to the foundation through four sets of support devices. The support device is mainly composed of a top seat, a coil spring and a base.