Graphite ore flotation beneficiation and purification can make the grade of graphite reach 80-90% or even about 95%. The graphite flotation process mainly includes three parts: ore preparation, slurry mixing, and grinding and flotation.

The flotation method of graphite ore is mainly based on the difference in wettability of the surface of graphite and gangue minerals. Due to the good hydrophobicity of graphite, it will adhere to and float on the air bubbles, while the hydrophilic gangue will remain in the water to achieve flotation separation. 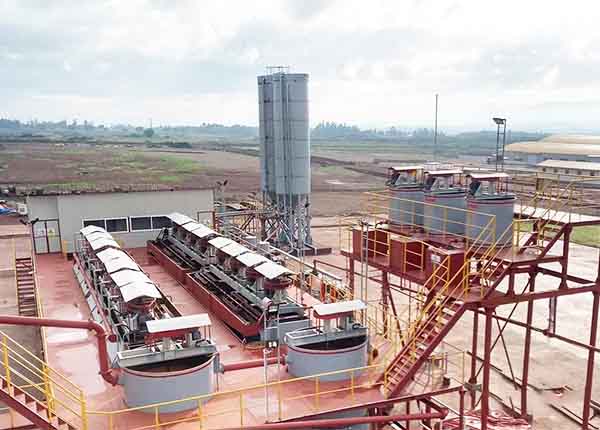 Grinding is to further realize the dissociation of graphite monomers or conjoined bodies. In order to select large flake graphite as soon as possible, a multi-stage grinding process is often used in the grinding stage, and the separation is completed with flotation. At this stage, ball mills, rod mills, and stirring mills are commonly used as grinding equipment.

Slurry mixing is an important process in the mineral purification and sorting process, which can prepare for subsequent sorting operations. Generally, by adjusting the slurry concentration, the agent is dispersed and fully contacted with graphite minerals.

Slurry mixing in the graphite ore dressing plant can be divided into conventional sizing, aeration sizing, and grading sizing, and then mechanical stirring, jet mixing, and static mixing are performed to complete the sizing. Graphite slurry mixing is mainly completed in equipment such as mixing barrels, pulp pre-processors, and pulp preparers.