The coal mines filter press is an important equipment specially used for recycling and washing closed loops in coal sludge plants, and promotes the continuous improvement and update of the filter press. With the rapid development of China’s mechanized coal mining technology, the coal preparation plant is getting bigger and bigger, the coal quality is getting worse, and the problem of increased coal sludge is coming. The coal slurry water treatment and filter press use in coal mines has put forward higher requirements. 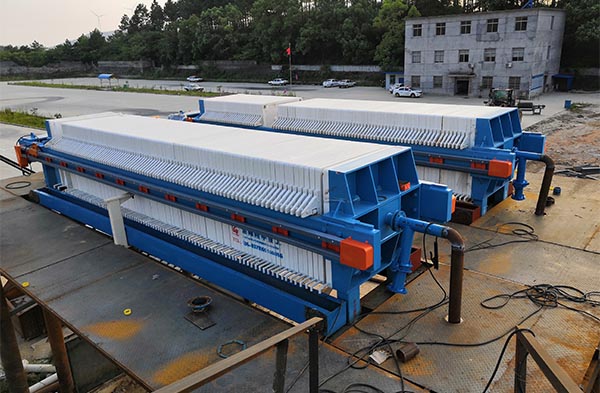 The first chamber filter press developed in China began to be put on the market in the late 1990s, which is a pressurized filter press device that uses filter media to separate discrete insoluble solid particles from liquid.

The basic filter mechanism of quick-opening filter press consists of hot-pressed diaphragm filter plate and drying plate placed at intervals, and the mechanical filtration of the suspension and the cake is completed in filter chamber; then the hot-pressure filtration drying and dehydration stage is entered, that is, a fluid heat medium (steam or heat transfer oil) is introduced into the drying plate, and the liquid discharge channel is vacuumed, and the filter cake is mechanically squeezed by a diaphragm. 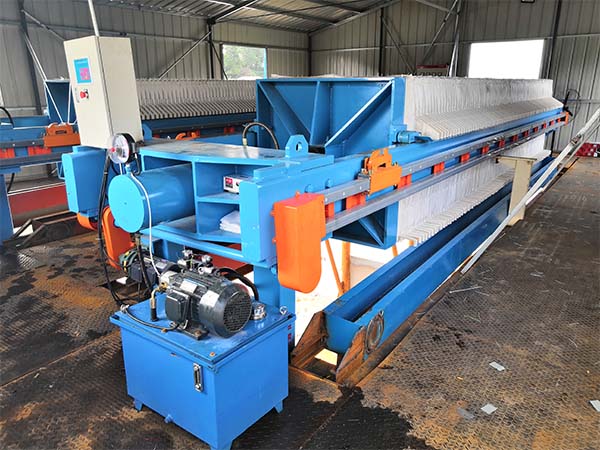 According to the relationship between moisture and calorific value in coal, for every 1% reduction in moisture, the calorific value can be increased by 4118kJ and the moisture in the slime is reduced, and storage in the warehouse will not block the warehouse, thus eliminating the problem of environmental pollution in open storage.

The coal slurry filter press condenses the two operations of mechanical filtration and thermal drying into one, which not only realizes deep dewatering of flotation clean coal, but also increases the value of coal slime products from coal preparation by-products into commercial thermal coal.

Since the price of thermal coal is 3-4 times that of slime, the use of this equipment can bring significant economic benefits to the company. In recent years, the coal slurry production in coal preparation plants is getting larger and larger.